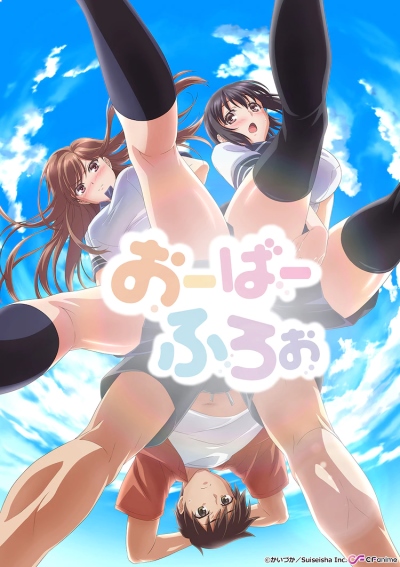 Kazushi Sudou is a university student who is visited by his two childhood friends, the sisters Ayane and Kotone Shirakawa. When Ayane discovers that Kazushi not only forgot to buy her pudding but is also using her special lotion in the bath, she decides to take revenge and join Kazushi in his bath along with Kotone. Will the perverted Kazushi be able to remain indifferent to them both? [Written by MAL Rewrite]

Ryou Fujihashi wakes up to her apartment burning. Trapped within a deadly blaze with no means of escape, Ryou frantically makes as much noise as possible to alert her neighbors. Fortunately, someone has called the fire department, and they are speedily able to rescue her. In a strange twist of fate, one of the firefighters turns out to be her childhood friend, Souma Mizuno. Although she was once interested in him, her crush was short-lived due to Souma’s infamous womanizing ways. But with Ryou left homeless and all her possessions lost, Souma opens his home to her. Moving in with her childhood friend means Ryou has to build boundaries—physical ones—because to cross them means to jump straight into Souma’s lustful arms. But due to his persistent interest in her, Ryou realizes he might just reignite the burning flames of passion between them. Getting close with Souma, however, means constant interaction with the rest of the sexy, muscular fire department—and although Souma’s heart is set on Ryou, can she stop hers from wandering? [Written by MAL Rewrite]