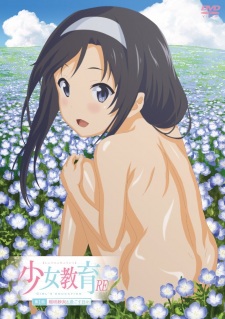 The protagonist is in his thirties and is a teacher at a girl’s school. Not even having dated before and his dream of marriage being a distant memory, he only wished to train his students well and help them graduate successfully. It was at that time that he was transferred to another school as part of a school district reorganization brought about by the declining birthrate. He thought that things would like before, until he realized that there was a girl in his class which didn’t show up on the class roster. One day, due to a prank played by her, he was suspected of being a pervert by the rest of the students. Thus begins his relationship with three girls with communication problems who haven’t adjusted to the class and a ghost.