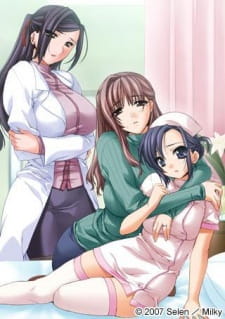 Two hours away from Tokyo is Kiyosato Hospital. Shuji is assigned to work there after completing Medical School, but the fact that his father died there during a operation while he was in college haunts him to this day. In fact, the reason why Shuji became a doctor is the fact his father died and he wanted to be able to investigate just exactly why he died. Since it was almost 10 years ago, he finding that he is running into a lot of dead ends. Upon reporting to Kiyosato, he learns that Dr. Takao (the doctor who was operating on Shuji’s father when he died) is now the assistant director of the hospital. Also on the same day, he sees Misako, his girlfriend from the time that his father died. However, Shuji soon learns that Misako is now married to Dr. Takao under some suspicious circumstances. This leads Shuji to investigate Dr. Takao and take back Misako by what ever means are necessary . . .